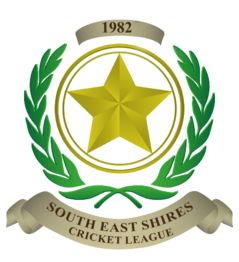 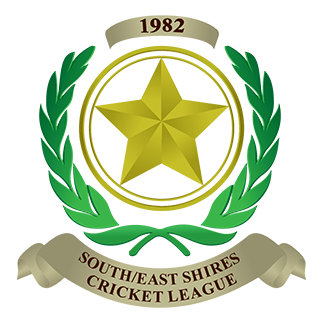 A handful of cricket fanatics in the small towns of High Wycombe and Slough joined together in 1982 to establish the Sunday Asian Cricket League and the league cup was also introduced, thanks to the efforts of Mr Fareed Ansari. With the election of Mr Parveiz Aslam as the Honorary Secretary, the league was to enter a new dimension. Within a few years the league had expanded to 15 teams in 2 divisions. Early league champions included Chesham Pakistanis, Watford Haidrey and High Wycombe Stars.

As the league expanded to 3 divisions with more than 30 teams, the standard of cricket was improving and the catchment area was increased to the whole of the South of England. It was then appropriate to re-name the league to current name, the South East Sunday Cricket League. The entries of teams such as Oxford Internationals, Woking Stars, Reading Continental, Heston and Young Internationals providing competition of the highest level. The league enjoyed members such as Mushtaq Ahmed (Pakistan), Mohammed Akram (Pakistan) and Aftab Habib (England) entertaining the crowds on the weekends.

Every bank holiday was reserved for tournaments, which included The Anwar Moghul Trophy, Vee Kay Sports Trophy, The Roland Butcher Trophy and the MB Malik Trophy.

The league was honored by the presence of Waqar Younis at its annual presentation, which was enjoyed by many. For the guests; Mayors, Councillors, Secretaries of the league and members of the audience it was an event to remember, and a reward for those who had tried their utmost throughout the season. Many artists such as Aziz Mian Qawwal, Nusrat Fateh Ali Khan and Sabri Brothers have entertained the audience at these events.

In 1991 the league entered tournaments with its representative side winning many events such as the Birmingham Open. In the same year the league was able to support The lmran Khan Cancer Appeal and The Bangladesh Appeal and prepare for a ceremonial tour to Pakistan.

In 1992 the league representative side, with 25 of its best players, travelled to their motherland to play friendly matches. They enjoyed the hospitality of the host community, playing at the National Stadiums in Karachi, Lahore and Rawalpindi, and dined with legendary Abdul Qadir and lmran Khan.

The end of the 1992 season was to mark the end of an era. The league committee was to retire, with the league boasting 40 teams and 4 divisions. In the years to follow, the league struggled to maintain its strength and a slow decline in teams resulted in a return to 3 divisions.

Nevertheless, the standard remained high, with Heston and Reading Continental fighting for the title with Slough Majestic and High Wycombe XI as close contenders. Aftab Habib of Reading Continental scored 2 double centuries with Mahboob Elahi of Heston scoring 220 n.o in the same year.

In 1996 SESCL was set back 10 years, as the league fragmented, reducing it to 25 teams. This resulted in the formation of another league called The lmran Khan League. However, SESCL slowly regained strength with the return of Mr. Parveiz Aslam as president and a new committee maintaining its knockouts and high level of professionalism. In the following years it accommodated teams from abroad and continued to raise money for charities.

It was the then inevitable that the leagues would re-unite and SESCL regained strength once again, celebrating its 15th year at the same time as Pakistan’s 50th anniversary. Since then the commitment and hard work of the committee members has maintained high standards. The introduction and continual support of sponsors such as TKC, Lords Cricket, Nabishi, Watford, High Wycombe and Chiltern District Councils have taken the league from strength to strength.

It was therefore not surprising that the league was ready to celebrate its 20th anniversary by announcing another tour, under the management of a dedicated and forward thinking committee, lead by Mr Ifitikar Chawdhary as President, Mr Masroor Alam as Chairman, vice-chairman Tanvir Lone and the League Representative Manager Mr Temoor Alam. The league was grateful for the hospitality of the clubs in Dubai and no doubt many will remember the tour and its events for years to come.

These years have seen the league continue to expand and build on its success. The league’s first website was introduced, and the online presence has gradually grown and improved over time.

In 2008 a fifth division (Division 4) was introduced for the first time, initially comprising 6 teams. That winter, a tour was organised for a Representative side to Pakistan. It was a highly successful tour and hopefully will be repeated in years to come. 2008 also saw Kinara CC from Slough, become league champions for the third consecutive season. In doing so they equalled a record set by Heston CC between 1989 and 1991.

By 2010 there was a full quota of teams playing in all 5 divisions for the first time, totalling a record 46 teams. In keeping with the latest cricket trends, in 2012 SESCL introduced coloured clothing in the Premier and First divisions, along with the use of a white cricket ball. It was well appreciated move by the Chairman at the time, Mr Tanvir Lone, and in 2013 coloured clothing and white cricket balls were introduced to all 5 divisions. This made SESCL the first cricket league in the South of England to fully incorporate coloured kit.

In 2013, the league Introduced a new digital ID card system to replace the old paper cards. A special post of assistant secretary was created in the league committee to manage this move as making the cards for 1200 players was not an easy task.

In recent years, the league has continued its attempts to grow and modernise. The online presence has continued to grow and improve, with the introduction of social media accounts, to keep the league in closer contact with clubs and players. SESCL moved to using the ECB’s official Play-Cricket platform for collecting all league scorecards. For the first time this enabled full league, club and player historical records to be kept. All of this information in now online dating back to 2015, and all players can now view their career statistics over this period.

2019 saw a move away from using physical ID cards for registered players. A dedicated online platform was created, which allowed this previously time consuming and expensive task to be done entirely online.

A massive vote of confidence in SESCL was seen before the 2020 season. For the first time ever there was sufficient interest to launch for 6 divisions, with a record total of 53 teams! The league also voted to begin using the DLS method for deciding interrupted matches.

Keep up to date with forthcoming events.